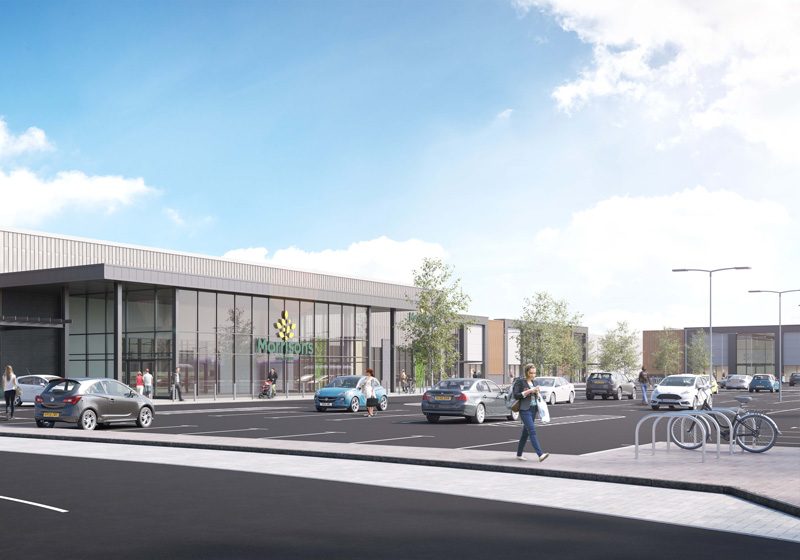 by Cheetham and Mortimer
152 likes
Uncategorizedsound

Home Bargains and KFC will join Morrisons as anchor tenants for St Modwen’s redevelopment of Kirkby town centre with the former taking a 20,000 sq ft unit.

Home Bargains will relocate from its existing store on St Chad’s Parade to act as the second retail anchor for the 110,000 sq ft redevelopment, which secured planning permission last year.

It joins Morrisons as one of the main retail tenants at the scheme after the supermarket signed for a 45,000 sq ft unit in September last year. The food store is expected to generate around 200 jobs.

The wider scheme includes shops, a petrol filling station, car parking, and public realm. St Modwen purchased the site from Tesco in 2015 for £35.8m and demolition of the existing derelict buildings, including the former Asda and Gala Bingo hall, is well under way.

Paul Batho, development director for St. Modwen, said: “We are really pleased to be able to announce these additions to the scheme which is testament to Kirkby’s strong draw and the quality of the scheme that has been designed.

“With Morrisons, Home Bargains and KFC on board we are looking to create an attractive mix of retail brands that complement each other and the current offering within the town centre.

The retained agents for the scheme are Colliers International and Cheetham & Mortimer.